Just found this short clip, with Pinker adverting to the Nisbett-Cohen line on “cultures of honor,” and lumping for benefits of the leviathan.

The point-person on this topic is Laurie Johnson, who discusses at length the moral disadvantages of the Hobbesian response to honor, the greatest of which is its 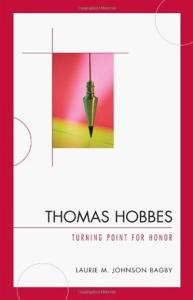 elevation of base human motives (security and wealth) over nobler aims, such as dignity, celebrated excellence, and sacrifice.

And you can go here for evidence that the Nisbett-Cohen deterrence-based hypothesis for honor’s violence is incorrect, given that honor cultures have been singularly unconcerned with deterring violence and require all sorts of behaviors that make men easier, not harder, targets of aggression. Masculine honor traditionally welcomes aggression. It institutionalized violence if things got too peaceful.

The Nisbett-Cohen account is a product of the psychology Hobbes sought to propagate: explanations should be based on security and property, since deep down that’s what people care about (read: those are the motives Hobbes’ political philosophy could make sense of). The foolhardy disregard for safety and wealth we see across cultures strongly suggests that this is false, and biology goes a long way to explaining why.

It strikes me as much more compatible with the evidence that the origin of masculine honor violence is found in male mating strategies, especially mate-guarding, resource-provision, and competitive display. For instance, masculine honor usually requires men to fiercely defend their women’s chastity (mate guarding, at the root of lots of “culture of honor” behaviors), while it also requires fair and respectful contest between equally-matched combatants (male competitive display, which I argue is the root of agonistic honor). Plausibly, as humans grew more intelligent, this hodgepodge of instincts became culturally entrenched and identified with masculine excellence. You simply weren’t a good man—a man worthy of respect—if you didn’t perform in these adaptive ways. Thus masculine honor.

Do the traditional norms of masculine honor “debunk” honor in some way? I don’t think so. Consider justice, a value Pinker would be quick to endorse. It is worth remembering that our application of justice norms have justified shocking cruelty…

…and  continue to do so. 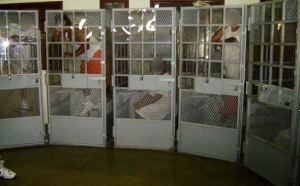 And if that wasn’t enough, justice was once thought to require eternal torture in the afterlife for most of us.

Honor skeptics tend ignore the evil past of our older, cruder conceptions of justice, however. They would never allow that medievals (or even today’s lawmakers) actually “got justice right.” They tend to think our conception of justice is constantly improving, refined by conceptual analysis, experience, and ethical debate. For some reason, however, the most backward hillbilly or unreflective cattle-herder gets the final say on what honor is. Exposing this double-standard is one of the first tasks of the honor apologist.