As discussed in the previous post, O’Brian’s Richard Canning, despite his aptitude and desire to be a naval officer, was excluded from the world of martial honor because he was a Jew. Thus, the naval officer Stephen Maturin strangely honors 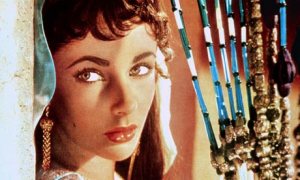 Canning by noticing Canning’s insult and challenging him to a duel. The theme of Jews being shut out of the world of honor is also quite prominent in Walter Scott’s Ivanhoe. This time it is a Jewish woman, Rebecca, who is barred from assuming the social station her talents and natural nobility entitle her to. In this post, I focus on the way religion and notions of purity differ from the warrior-aristocratic norms of honor, and note how Scott skillfully uses medieval anti-Semitism to contrast these two ethics.